Camper Van rentals in Canada give tourists the best way to enjoy a self guided tour of what Canada has to offer. Canada is a country with borders on three of the world’s five oceans. This means that if you are used to traveling in Europe, Canada will require a completely different strategy to complete your tour. This article provides a few strategies that will allow you to have an epic Camper Van tour in Canada and has image and video that will leave you with a thirst for more!

Cross Canada and visit as many provinces as possible!

When planning an across Canada adventure itinerary, you will have vast distances to travel in your campervan to get from one side to another. Beginning by camper van in Vancouver, 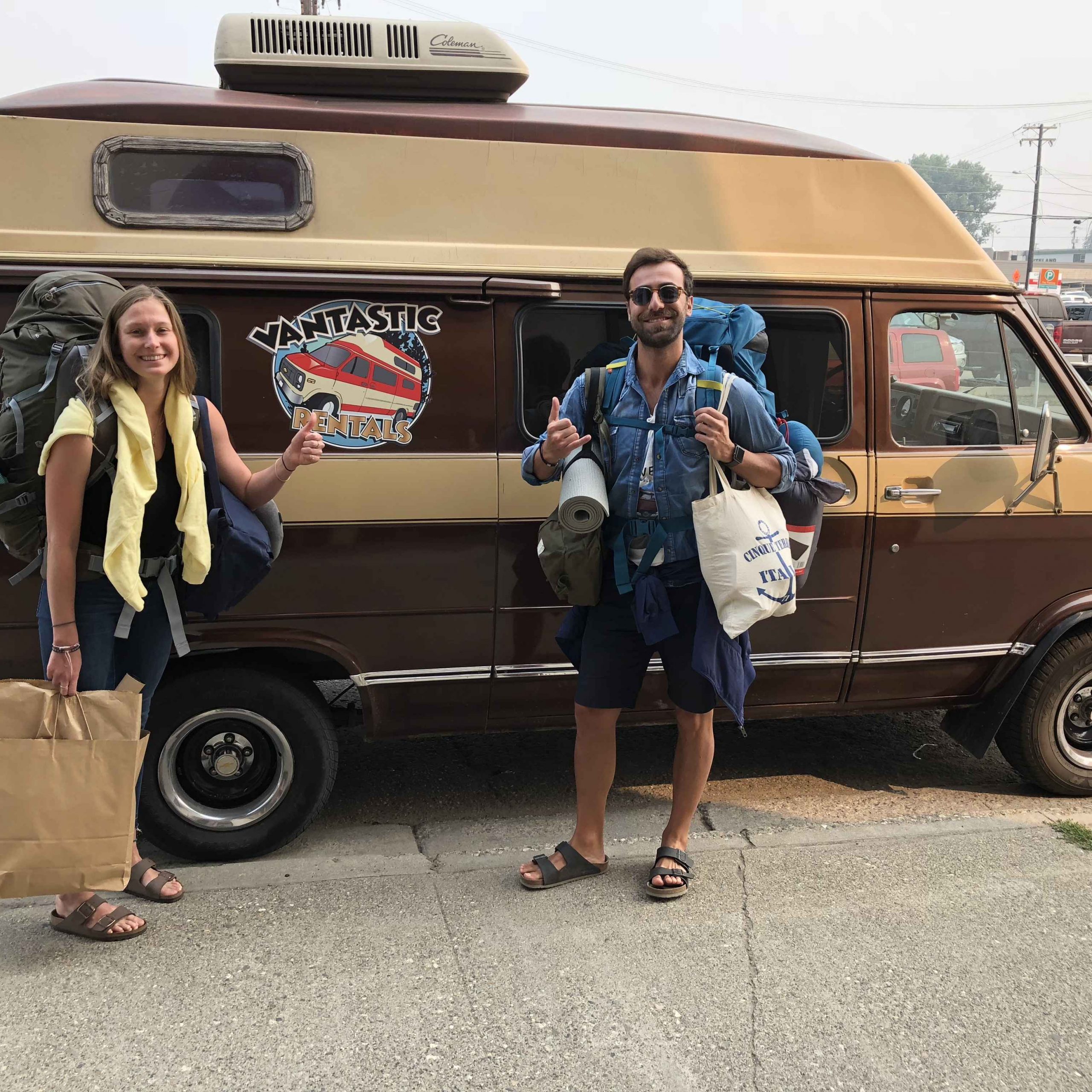 it requires at least 60 hours of solid non-stop driving to cross Canada and dip your toes in the Atlantic. At the point you reach the Atlantic in New Brunswick or Nova Scotia, you will still not be completely across Canada as you will require a ferry ride to reach Newfoundland!

When you drive across Canada in your camper van rental, you will only get to BC, Alberta, Saskatchewan, Manitoba, Ontario, Quebec, New Brunswick and Nova Scotia, in that order, with a side trip to Prince Edward Island. You will need to cross the Confederation Bridge to reach PEI or take a ferry. So, that means you have only crossed 8 or 9 provinces and still need to get to NFLD to make it to ten provinces in your camper van.

The Territories! Many folks forget about the three territories when considering an across Canada adventure. The territories are much closer to the North Pole than the provinces. Since most of Canada’s population lives along the border separating Canada and the United States of America, you will have to drive about 24 hours just to get to the beginning of the territories. Now, if you want to see igloo’s or get to the North Pole, that is a whole other matter.

I don’t mean to discourage your sense of adventure in wanting to see the north pole or get up close and personal to Polar bears, wolves and other legendary Canadian features, but think hard when making the turn north instead of east or west!

If you have heard of the Canadian Maritime provinces you are most likely visualizing quaint fishing villages, fishing boats tied to the dock and fresh catches of lobster. I am here to tell you that your speculation is true. When you tour the Maritime provinces with your camper van for hire and visit New Brunswick, Nova Scotia and Prince Edward Island,  leave the four lane highways and venture anywhere along the coast line, you will find the iconic and picturesque quaint fishing village and feel the authentic cultural vibes of small close knit communities.

Explorers of old, country men and women who built a significant part of the foundation of Canada, amazing churches, forts of old and a whole new language! From the amazing modern Montreal to historic, Quebec City, traveling in a camper van through this province guarantees a whole new experience. Try to practice up on your French language skills though, the first language here is not English!

The capital of Canada is Ottawa. This is a beautiful city and hey, you might even meet Justin Trudeau! If you are not into the elite upper echelons of Canadian who’s who, fear not, get your camper van pointed toward the Great Lakes and go find the thousand islands or head north to endless fishing opportunities and endless recreation sites to camp for free. Once away from the millions of Torontonians and in the Ontario wilderness, you are also welcome to camp on ‘Crown Land’. Canada is part of the world wide group of countries called “The Commonwealth” countries that were formerly ruled by Great Britain. The Queen of the United Kingdom, Queen Elizabeth, is Canada’s Queen as well. I digress, all that said to say that is why we call our non-private land Crown Land. So, if you are on crown land, of which most of Canada consists of, you can camp for free! There are maps and other sources such as TracksAndTrails.ca that will help you find out where you can camp on Crown Land.

The prairie provinces consist of Alberta, Saskatchewan and Manitoba. This group of provinces provides not only Canada but many people worldwide with grains to bake their bread, hence, it is also called Canada’s breadbasket. When In the prairies, you will enjoy vast horizons with beautiful sunrise and sunsets! Aside from that, there are other great tourist attractions. The world’s largest mosquito in Komarno, Manitoba for example!

Rent a Camper Van in Calgary, pick it up in the Calgary International Airport YYC www.yyc.com and travel to one of the world renowned national parks Banff, Jasper or Lake Louise or all three! Spend a week or three and you will still not get enough of this wonder filled area regardless of what season you visit.

Whether you depart from Germany and fly to the Okanagan Valley, home to the Kelowna International Airport ylw.kelowna.ca, or begin in one of the world’s most beautiful cities, Vancouver BC, yvr.ca, this will be the beginning of an epic adventure by camper van that you will never forget. Once past the hustle and bustle of Vancouver and the ‘lower mainland’, you will realize the mountains surrounding you are getting closer and closer. Soon, within two hours of travelling by campervan East or towards the Southern interior of British Columbia, you will find yourself on one of the world’s most dangerous highways – fear not, this is a four lane trip to that is very safe. The reputation of ‘The Most Dangerous’ comes from the unbelievable amount of snow that falls on it in the winter time. If you are here to camp with your camper van, then no worries mate! Now you are at the summit of the Coquihalla Highway, look. Yes, LOOOOOK. All that area you see is Crown Land (except for the occasional private back country resort or cattle ranch, and you can camp for free. Or drop by one of the many campgrounds and pay to be serviced with fire wood and amenities such as toilets, flush or outhouse.  – https://images.drivebc.ca/bchighwaycam/pub/html/www/380.html

This is a myth. You cannot have a self guided trip to the North Pole in a Camper Van. Please try a helicopter or other aircraft or a dog sled from Alert, Nunavut, in very cold temperatures.

Thanks to Jeff from www.VantasticRentals.com for the camper van images.