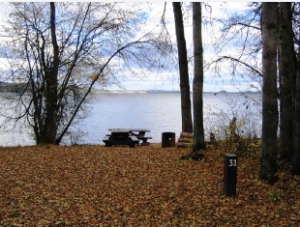 Recreation Sites are an important part of the Province’s tourism infrastructure and play a key role in government’s goal of doubling tourism revenue by 2015. Recreation Sites and Trails are critical to growing the domestic tourism sector.

A Market Development Plan for Recreation Sites was developed in 2008. The name “Recreation Sites and Trails BC” was officially branded by the Province’s Public Affairs Bureau. Marketing products such as a new website, upgrades to the interactive web map, Facebook, display material, maps, and rack cards were produced in 2009 with funding from the BC 150 Legacy Fund.

The interactive map on the Ministry website assists the public in locating recreation sites and determining the facilities at each site (e.g., number of campsites, boat launches and other facilities). Information on trails is expected to be added before May 2011.