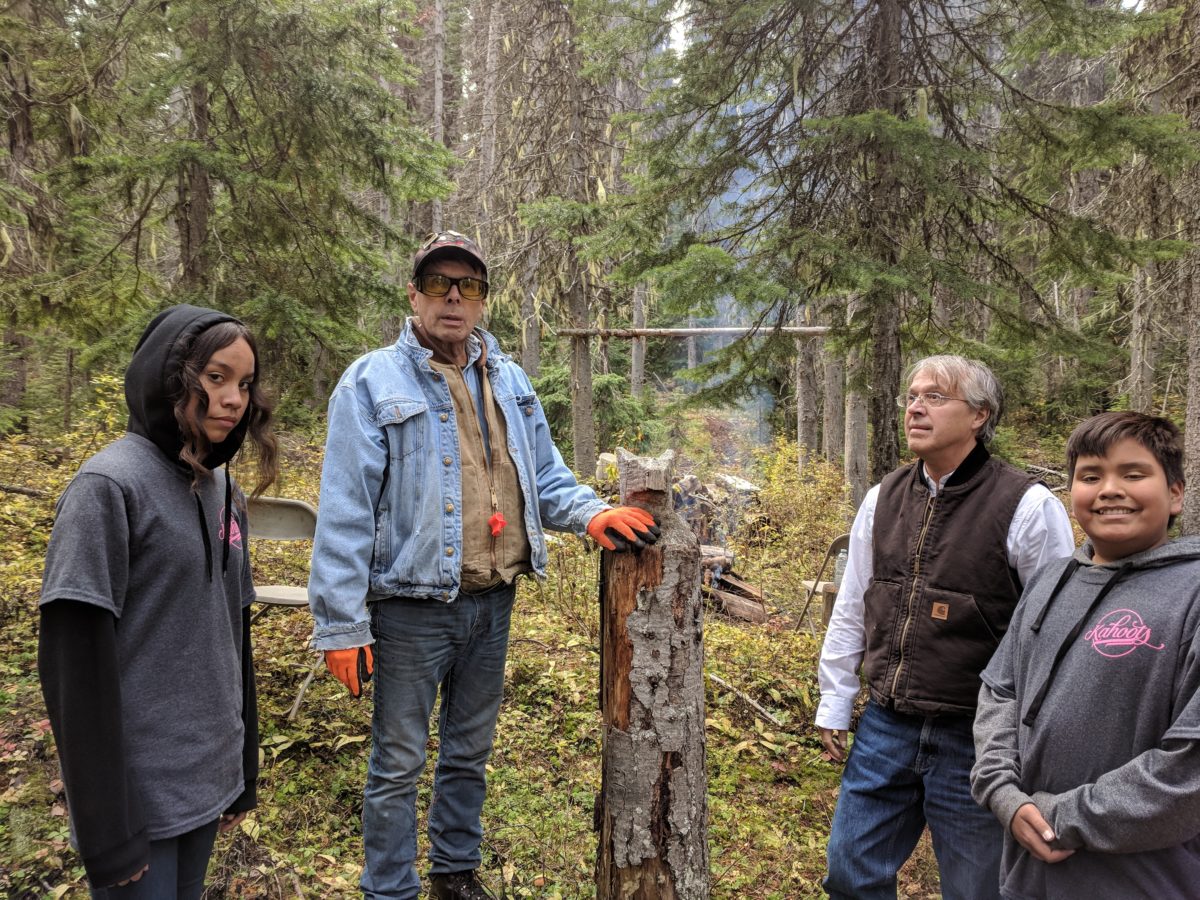 A day in the life of Derickson Trapline by Ray Derickson. A trapper in the Okanagan.

Gentleman this is an update on Derickson Family Trap Line

Saturday March 04, 2017 Thumper & Amber drove me to the trapper cabin and met my friend Stan there and we unloaded  wood brought from property of Derickson family below home of Arron Derickson and piled in front of trapper cabin, cuz we had no use for the wood in fire shed this wood is in slabs and good for developing table tops beside the steel chairs to sit around out-side fire pit this can hold the coffee & beer, etc. Now for an explanation of snow conditions at trapper cabin the snow is ab out (5) feet deep crusted & frozen & fresh & powder, etc. Thankfully it is not summertime and raining but if it were, we would be sure to purchase a good rain jacket!

Stan & RND went up Two John Trail and the snow quickly became powder & hard & crusty & etc, I got stuck in the snow about half way to Two John Creek bridge and took us about (30) minutes to dig the ski-doo out of the snow hole of (5) feet deep and as Stan was driving the ski-doo out of the hole behind him  and  the hole filled with snow from the (20) inch track of ski-doo so we decided to turn around before circumstances got worse like going into deeper snow, etc. Or we could say when ski-doo play or hard work is on the agenda be careful cuz the powder snow is extremely a difficult part of nature to understand, I really do not mind the ATV for the bush roads much easier to handle than 4 or 5 feet of snow.

We went to Derickson Logging corner checking for grey wolf or wolves or coyotes but found none: too much snow. There was two feet of fresh snow and the crows & ravens had a few sticks of bone to chew on, taken from a dead animal nearby,  but no sign of wolves or coyotes or Lynx Cat. But there was good sign of Lynx Cat(s) around the open cat cages but they did not go for the bait.

IF time allows I will rtn by March 20/17 just to do a day’s work checking the wolf snares and then at month end cuz wolf season closes at March 30/17 and then rest time till summer seaon or if I could see a bear that would be a good animal to skin and have tanned here at Westbank Youth Centre bldg.