The Great Divide Trail is the Canadian portion of the Continental Divide Trail. The Continental Divide Trail or CDT is 3,100 miles long and stretches from Canada to Mexico.  It snakes across five states along the backbone of the USA. The CDN connects rugged, open spaces like the Gila Wilderness in New Mexico, the San Juans in Colorado, the Wind River Range in Wyoming, the Big Hole in Idaho and the Bob Marshall Wilderness in Montana.

The Great Divide Trail or GDT begins inWaterton Lakes National Park at the Canada-US border (where it connects with the Continental Divide Trail) and ends in Kakwa Provincial Park north of Jasper National Park. 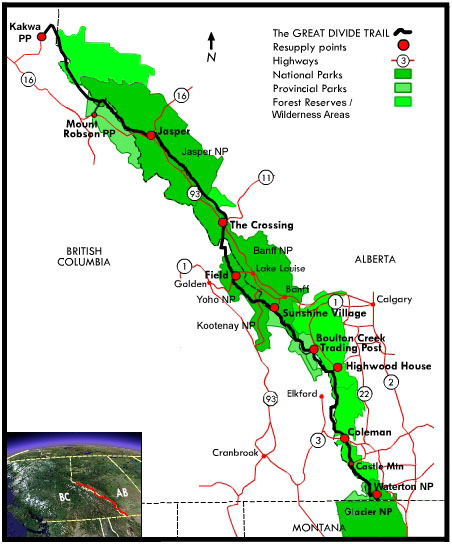